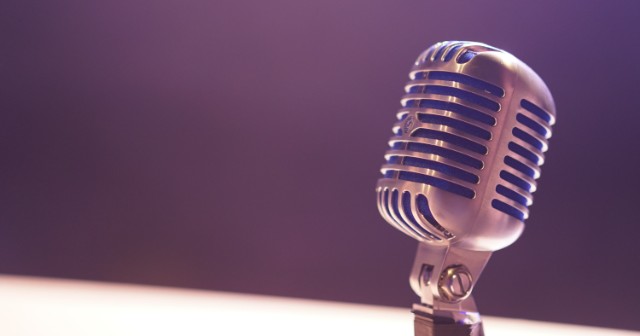 I don’t usually ask friends and neighbours – and even my daughter – to make audio recordings of my poems, but I was sick of the sound of my own voice. I thought it would be fun to hear what other people made of my work and I would at least have proof that someone had actually read these rather lonely poems. It was fun, but it was also rather unnerving. A poem spoken out loud, without a master or mistress to guide it, is alone in the world and in want of friends. It is likely to be judged only for what it is, a decorated ribbon of sound flung into the silence.

I did it anyway, or they did, more than half a dozen of them so far. The results are oddly moving, for me at least. It turns out that the self-directed reader looks simply to find sense and sound to guide their reading. The poems that were best understood seemed to be those read with the greatest relish, although all the – more than twenty – recordings made so far are full of energy. And the poems that had a shape in terms of sound – perhaps a pattern on the page that could become a pattern in the air – found themselves placed with most confidence into the ether.

Naturally enough, each reader found their own version of my voice, which was – not surprisingly – their voice. Perhaps influenced by a turn of phrase or a register of language, they channelled my wry irony or sad joy through their own voice. They made my poem their poem, just as I had made so many poems by other poets my own through speaking them. And where a line was delivered with a little uncertainty, this came across not as an imperfection but a gorgeous affirmation that these were words in the mouths of people.

Despite having misgivings about my own choice of words or even about a poem in its entirety – what was I thinking of, who on earth would find this of value – I grew to properly know and at times even quite like the words I heard. How strange, to have to give them to others to properly appreciate them myself. And without my duplicitous performance style, the poems had had no choice but to simply present themselves as they were, words as naked as the day they were written.

Some poems worked better than I had imagined, the reader hitting just the right note in their delivery and finding what I had hardly known was there. Other poems revealed themselves, at least for the moment, to be not quite robust enough to withstand a reading, by me or anyone. Readers who noticed the line endings and punctuation but also sensed the underlying structure had the easiest time of it, but if these were missed then I only had myself to blame.

Surprisingly, the greatest satisfaction was to hear pleasure in a reader’s voice as they waltzed, ambled or strode through my lines. Certainly, the concentration was so much greater, I would suggest, than that of a reader pouring silently over a page, head nodding, eyelids heavy. They released my words as if they were important, and perhaps for those few minutes and for those readers important they were.

Recordings of some of my poems from A Commonplace (Smith|Doorstop, 2020) are in The Everyday Reader section of this website. My grateful thanks to all those who so kindly gave their time to make my words their own.

If you fancy recording any of the poems of mine in A Commonplace then I would be very pleased to include them in the project. You’ll have purchased a copy of the book by now, of course…